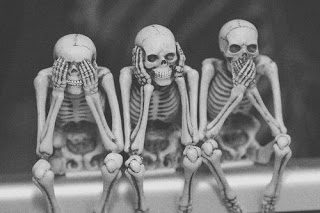 Ask anyone how they feel about the environment and they will like tell you that they’re concerned and that they’re doing their ‘bit’ to try and bring down their carbon footprint and reduce the burden that they’re placing on the planet.

That’s easy to say of course, but on its own it doesn’t actually mean all that much. Sure, plenty of people claim to care about the environment, but it’s one thing to say you care and quite another to make the serious kinds of lifestyle changes that are required if you’re going to bring about positive change.

One of the easiest ways that we can do our bit for the environment is to recycle. It doesn’t take long, it doesn’t cost anything and it results in less waste and lower carbon emissions.

According to surveys, 9 out of 10 people say that they would recycle more if it were made easier. This can only seem to tell us that people don’t care about the environment. Because it’s also true that roughly 87% of Americans have access to curb-side and drop of recycling programs. And how hard is it really to carry a bag of bottles outside or to drive them to a skip? Seeing as people don’t compost their food waste either – which only needs to go as far as the back garden – you have to ask yourself just how easy it needs to be in order for people to do it. How can you claim to care about the environment when you won’t walk a few meters with your bottles?

There are other ways that we can save energy too, which largely revolve around saving energy on a regular basis. Choosing energy efficient devices for instance and turning off when we’re not in the room. However the statistics once again suggest that we don’t care about the environment all that much.

Likewise, while more of us are now turning off our lights to save energy, the adoption of more drastic measures such as solar panels and wind turbines has been slow to get going and electric cars and hybrids still haven’t become mainstream despite affordable and luxury models becoming available and an improved infrastructure.

The worrying thing is that when you ask people via surveys whether they really care about the environment, often they will admit that it’s low on the agenda. Michael Greenberg famously stated in the American Journal of Public Health in 2001, that support for environmental change was really strong and ‘not likely to change’. This was after a survey showed that 61% of people wanted the environment to be a ‘top priority’.

Since then though, that support has dropped by over 20%, showing that we are now decidedly less concerned about the state of the environment – leading Greenberg to actually admit being wrong on the matter. All you need to do is look at the success of political parties that focus on going green, and it’s clear that it’s not on a lot of people’s minds.

What We Can Do

So in short then, the fact of the matter is that not enough people care about the environment. Or at least they don’t care enough to make a little extra effort or change their routines slightly. This is bad news for the environment of course and represents a serious challenge for politicians and activists.

Of course there are many confounding factors to bear in mind. Some people simply aren’t aware of the severity of the issue, or of how they can go about bringing about positive change. Others are simply more worried about financial issues and other matters and may not have the money or the time to make big strides in the right direction.

While we may not care about the environment, that doesn’t mean we’re heartless and that we never will. It’s just going to take for those of us that do care, to work a little harder in spreading the message.