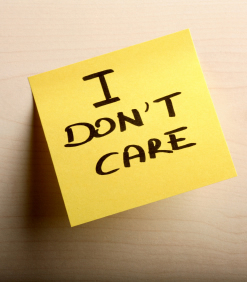 Global warming isn’t going to magically disappear overnight, and it’s absolutely crucial that if we want to prevent serious catastrophe, we don’t lose momentum when it comes to developing greener technologies and spreading the word about living in an eco-conscious way.

Unfortunately though some signs suggest that we may in fact be losing momentum and that environmentalism may just be something of a ‘fad’ that’s now going out of fashion. Here we will look at what suggests that may be the case, and what we can do about it.

Why Going Green May be Going Out of Style

It’s no secret that going green became something of a fad not long ago. People enjoyed the satisfaction they got from living life in a greener way and the status that seemed to come with it, while companies enjoyed the marketing potential of making their products green and environmentally friendly. Everywhere you looked someone was talking about going green (mostly Al Gore) and every product was flaunting the fact that it was developed in a sustainable and eco-conscious way. Stats and figures fuelled this further, and new devices like solar-powered phone chargers and energy saving light bulbs became incredibly popular. Even the cat walk wasn’t safe in fact, and at one point we actually had super models wearing rubbish on their heads to help spread the message.

But since then it’s all gone a little bit quiet and in some ways things have even regressed. The popularity of Al Gore for instance has declined and there are now many petitions and sites dedicated to disproving global warming or mankind’s part in it. There are a very vocal group of individuals who say that global warming is just part of a natural cycle, that there’s nothing we can do to slow it down, and that those who promote environmentalism are just fear mongers with some sort of agenda. While this is not the widely held view of most scientists, it has nevertheless muddied the waters and made a lot of people less enthusiastic than they once were.

The same too goes for many of the technologies which once seemed so promising but have since turned out to be something of a let-down. People were very excited about solar panels for instance but a lot of bad press came out of the fact that they took so long and cost so much to install and would only provide enough energy to power an Xbox. Then there are hybrid cars which are great in theory but in practice require a lot of expensive maintenance and don’t really save you that much on a day-to-day basis. Of course this really just means we need to try harder, but it’s no surprise that some people might be feeling a little disillusioned.

Couple this with the fact that we’ve become tired of hearing the same preaching over and over and it’s no surprise that you hear a lot less about going green than you once did. This simply follows the nature of any ‘fad’ in which something becomes more and more popular before eventually reaching saturation point.

What Can We Do?

Becoming indifferent to going green though is of course a terrible fate and one of the biggest threats facing our planet. So how do we go about keeping the dream alive and preventing people from getting ‘bored’ of going green?

Well for one it’s important to avoid making it into a fad in the first place. Fashion accessories like green bracelets and the like may seem like a good way to get the message across but they risk distracting from the real issues. Don’t ‘flaunt’ that you are going green, just lead by example and improve your own lifestyle.

There are better ways of course that we can spread the word. Creating blogs, websites and magazines and contributing to existing ones for instance can help spread the word as can voting green on important matters thus putting the most vocal green advocates in a position to be heard. Support green charities and green businesses, and vote green and you will be able to use them as ambassadors for the cause.

Supporting green business is particularly important here, as it may be down to private business to really ensure that the green movement maintains its momentum. The private sector is driven by competition and when there is money to be made from going green or providing services in a more sustainable or eco-friendly manner, then the businesses will get behind it and put all their money into marketing and spreading the word.

Support green business, lead by example, vote and buy green, avoid ‘green fads’ and keep the spirit of environmentalism alive yourself. That way we can make sure that it is more than just a fad and that it doesn’t simmer out when we need it most…