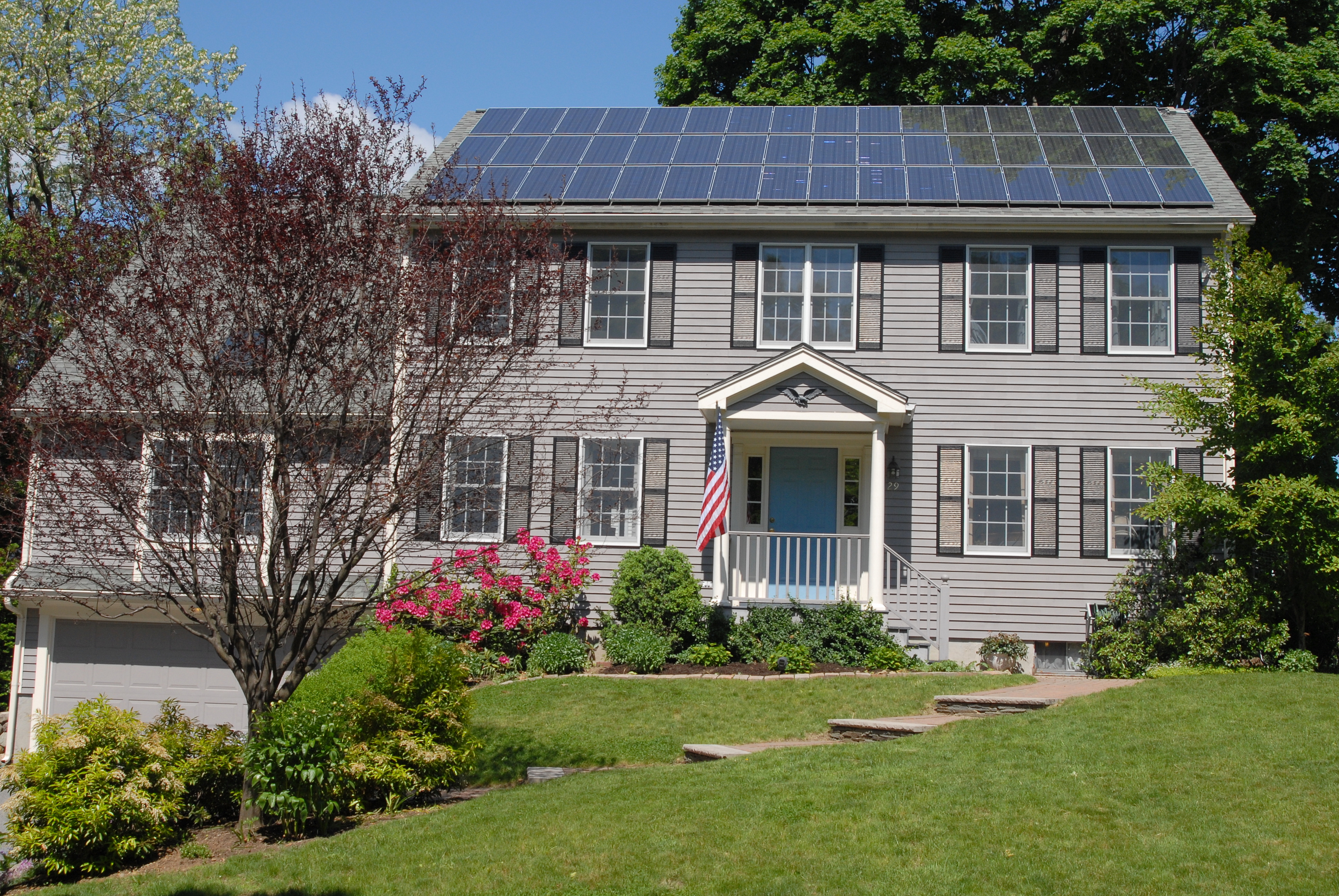 Solar panels are something that are more and more ‘in vogue’ for use around the home. Drive to your local convenience store keeping an eye out and there’s a chance you’ll see one or two properties with panels on the roof, and home improvement shows often feature them heavily.

The question is though, are they genuinely a worthwhile option for people looking to save energy, or are they in fact just a ‘fad’ that isn’t actually worth the cost? Let’s assess the situation…

There are actually two different types of solar panel called ‘solar voltaic’ and ‘solar thermal’ panels and these each work quite differently. Solar voltaic panels are the kind that most people are familiar with, and operate by using sunlight to ‘excite’ electrons causing them to form a current and flow. From here a transformer then converts that current into one that can be used around the home.

On the other hand, solar thermal panels are panels that work by heating up water. This water runs through the panels in very small tubes and are heated by the sun. That water is then filtered through to pools and radiators and used to provide heat around the home.

As you might imagine then, this second type of panel is only really suitable for heating-based tasks, can’t be stored and requires a lot of sun. It’s solar voltaic that you’re interested in.

Another dichotomy meanwhile to consider is ‘active’ versus ‘passive’ panels. Active panels work by following the sun around the sky using a motor which means that they will always be facing the sun directly. Passive meanwhile sit completely statically and this means that they will work best when the sun is in a certain position in the sky. Overall, active solar panels are more efficient and will save you more energy by are also a lot more expensive and less practical as they can’t be placed on a sloped roof.

How Much Energy Will They Produce?

The amount of energy produced by any solar panel system will vary, and it’s important to research your options thoroughly before you invest. Solar panel systems are measured in ‘kwp’ with higher kwp representing more electricity generated. Average solar panel systems are around 3kwp and this means that a single solar panel could produce about 80 watts in direct sun (which is actually only around 1/8th of the sun’s energy – technically they’re inefficient but that’s not bad for the environment because there’s no by product and the sun is a renewable energy source).

Most people will have an ‘array’ of solar panels and the more you have the more power you can produce. These arrays sit on the roof though, which means that the panels are passive not active. That means that you might expect to get about 12 hours of sun per day, about 4 of which might be direct. This in turn will mean that you’ll probably get about 500 watt-hours of energy on a generally sunny day.

Of course the precise figures vary greatly depending on the sunlight in your area, the number of panels you have and the efficiency of each. A typical 4 person home though will use something along the lines of 100kwh an hour – though again this varies a lot and this means in other words that you shouldn’t expect to be able to power your entire home on a solar panel system – not even close – but that you’ll be able to power a few aspects around the home. An Xbox alone will use about 100 kilowatt-hours a year if you were to use it for about two hours a day – though that is a very power hungry device. This does mean of course that it would be a lot of years before you’d earn back the cost of your solar panels in energy savings alone.

There are other considerations to bear in mind too though. For one there are more costs – such as the cost of installation which isn’t particularly cheap. This is something you’ll have to look into, and it’s worth thinking about whether you’re likely to need to take out a loan or are going to be able to do it with a single payment. Then you need to think about whether you really want the panels on your roof/in your garden, or whether they will be an eyesore/hindrance. Of course you also need to pay for maintenance which also needs to be taken into consideration when calculating how long before you break even (though solar panels need relatively little maintenance compared to say wind turbines).

There are other benefits too though. For one, many councils and governments will offer incentives to those who install solar panels in the forms of tax breaks or even just payments which can help make the cost of the panels back more quickly. You also have the option of ‘selling’ your solar power to energy companies, which is another way they can start paying for themselves.

You might also be surprised to learn that your panels may well increase the value of your home. They will be an acquired taste sure, but once you explain to prospective buyers how much they can save them they should help to get you more money for the place.

There’s also the fact that your solar energy panels can provide you with backup power. This then means that should there be a power cut or a storm, that you won’t be forced to walk around in pitch black and can continue life as normal.

And then there’s the other point – which should surely be the main point – which is that solar power is very good for the planet. By using solar panels you will be greatly reducing your carbon footprint and thus doing your bit for global warming. Which should be repayment in itself…