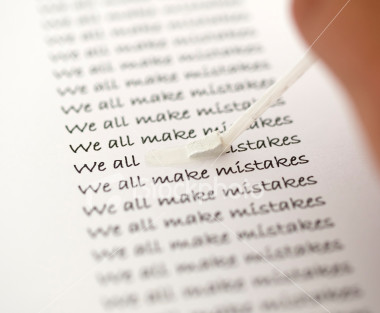 Going green is something that should always be applauded and encouraged. If you have the intention of using less energy and creating less waste, then you are demonstrating that you are smart enough and savvy enough to save money and that you have a conscience and care about the environment.

Unfortunately though, good intentions alone are not enough if you want to make a real difference. Here it is not a matter of ‘the thought that counts’, but rather tangible results that are going to make the difference to our planet.  It’s a huge problem then that many people will attempt to go green in a somewhat misguided manner and end up often using more energy and creating more waste than they were before. This is both terribly ironic and a great loss for the environment, which is why it’s so important to learn the correct green techniques before you start rather than to dive in the deep end with no knowledge or experience.

Let’s take a look at some of the big mistakes that you might be making right now and at some of the ways your green efforts could be doing more harm than good.

Mistake No1: Turning the Heating All the Way Off

We all know that heating is one of the biggest contributors to our carbon footprint and so it makes sense to turn the heating off whenever possible right?

Well actually no, unfortunately turning the heating all the way off can have serious repercussions for your heating bill and your property as it can cause your home to cool down to a serious degree. Once your walls reach something called the ‘dew point temperature’, they will require a huge amount of energy to heat back up and will be prone to attracting condensation (which will further drain heat from the walls). At this point, the only way to get your home back up to a liveable temperature is to put the heating on full power for an extended period of time wasting a huge amount of energy.

The best strategy then is to put your thermostat on low, but never to completely turn it off in the colder months. That goes for when you’re on holiday too.

Mistake No2: Turning the Air Conditioning Off

The exact same thing works in reverse when it comes to summer. While you might think to turn your air conditioning off while you’re away for the weekend to save power, it will often mean that your home heats up more than it normally would and again requires a huge amount of power to cool it back down. Once again, the better course of action is simply to keep the air-con on at a low temperature even when you’re away.

Mistake No3: Turning Things Off

Just as turning off your heating and cooling systems can cost you energy, so too can turning off your other devices and even your car. If you are constantly turning all of your appliances off at the wall whenever you aren’t using them, or turning your car engine off every time you stop, then you might be saving a little energy to begin with, but you’ll then use a lot more to get the devices started again. The problem here is that turning appliances and engines on is actually often the most expensive, meaning that you’d be better off just letting your systems run for a few moments.

Mistake No4: Hanging Onto Old Things

A lot of people I know will avoid parting with their old appliances and gadgets in order to save themselves money and to save the planet energy. While this might save energy and money in the very short term though, in the long term it will mean you’re using a less efficient system for longer. If you are going to upgrade to a more efficient system, then realise that you’ll save more money and energy the sooner you do it.

People will often tell you with authority that showering is a great way to save energy because it uses less water than bathing. This in itself is not wrong, but neither is it always true. For instance, if you shower using a high pressure shower head, this can often use more water than you would in the bath. And then there is the fact that some people think it’s okay to spend hours in the shower because they believe it’s more efficient…

Actually for most family homes, bathing is by far the most efficient way to wash because it means multiple people can share the same bath water. An added tip? Run the cold water first so that the hot doesn’t stand there for as long cooling down.