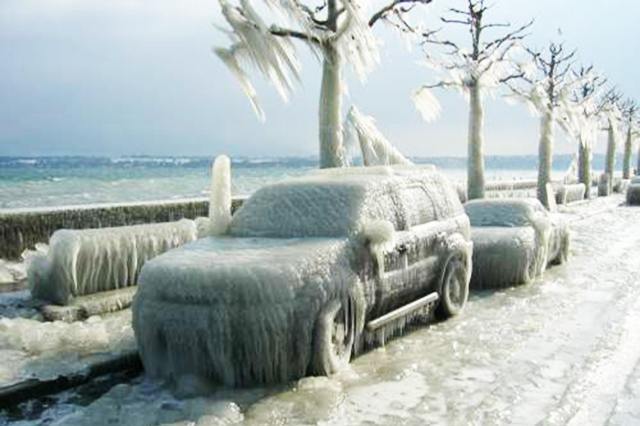 By all accounts the weather is getting weirder and weirder – not just warmer. The question is, what’s causing this and should we be worried?

Everyone by now has heard of global warming and if you’ve managed to miss all of the news and speculation as to the fate of our planet’s climate then you must have been living under a rock for the last decade. Even though not everyone agrees with all the claims made in relation to global warming, everyone must surely have an idea as to what it means and what the fear is.

While everyone is aware of global warming though, many of us will presume that it doesn’t really affect us. We’ve all heard similar scare stories before, but how often do they turn out to have any noticeable impact on the world? People seemed pretty scared about bird flu and swine flu not so long ago and nothing really came of that, right? So why should global warming be any different?

Well actually, the difference between swine flu and global warming is that global warming is not an ‘impending’ problem. It’s not a ‘threat’ that may or may not transpire; it’s something that’s very much with us right now and that you can see all around you if you just look.

Noticed anything odd about the weather recently? In the last few years parts of the US have experienced super warm summers, super cold winters, snowless winters in some parts where you wouldn’t expect it and more. Likewise, this is a phenomenon that can be felt across Europe and the rest of the world. In the UK the winters are seemingly getting longer and colder and anyone will tell you that the weather has been generally worse.

So is that global warming? If so, how is it having these effects? And is it all bad news? Read on to find out…

How Global Warming Has Already Affected Our Weather

There are many predictions for how global warming is going to affect the weather, but even now you can already see examples of it happening. In the US for instance, global warming has already been credited with some of the hottest and longest summers on record. Meanwhile the winter is seems to be becoming milder and shorter in the Northern parts of the US and on average will arrive 10-14 days earlier than it would have 20 years ago.

At the same time though, and seemingly in contrast, in some ways the weather is also getting colder and wetter. While winter is shorter on average in the US, it is also still likely to snow in snow-belt areas and in fact it may even be more likely to snow more heavily in these regions. Likewise, the US has also experienced heavier rain fall over the last few decades with increased chances of floods.

In the UK the weather is generally getting colder overall, with Southern areas more likely to experience snow and icy temperatures extending longer into the Spring months.

So how and why is this happening? Surely global warming only causes warmer weather? How can it possibly be responsible for snow and rain?

Well, what’s important to remember here is that our weather is the result of many complex processes and isn’t as straightforward as you might at first assume. While global warming traps more heat in the planet’s atmosphere – that doesn’t just cause things to heat up. More heat for instance means more pressure, which in turn means more wind and more rapidly moving clouds. Likewise warmer air can hold more moisture – leading to greater precipitation. Ice melting can also contribute to flood risks, while the melting of the ice caps can have far more serious implications. In fact, it’s the melting of those ice caps into the gulf-stream that is lowering temperatures throughout the Atlantic.

The Planet May be Transforming

In general then, the oddball weather we’re experiencing is at least in part due to global warming and general climate change – even when it comes across in weird ways. So yes, it is largely a bad thing. Before you get yourself in a flap though, remember that there are also many other contributory causes to our weather patterns that don’t necessarily spell doom and gloom. Much has been made of the fact that the Earth will naturally go through ‘cycles’ (anyone remember the ice age?) and occasionally fluctuations are to be expected. Then of course there’s the matter of the placebo effect, with studies showing that we genuinely predict weather changes to be greater than they in fact have been. Some of this odd-seeming weather then, may in fact be due to rose tinted glasses and happy memories of seasons in the sun…