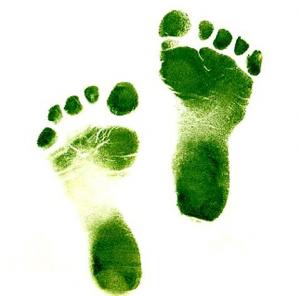 Global warming is an incredible and terrible process that our planet – your planet – is going through right now. We hear about the issue so much that many of us have become desensitized to what it really means though, and this is bad news when it comes to inspiring people to take action. Here we will look at some facts surrounding global warming that should help to bring back the stark reality and really ram home just what’s happening to the world around us.

While some people suggest that global warming might be part of a natural cycle that the planet goes through, and not necessarily caused by humans, the facts seem to suggest that this is not the case. For instance there has been over a 20% increase in carbon dioxide in the environment since the year 1990 and this has increased by 6 billion metric tons per year – roughly in keeping with the increasing use of electricity and fuel. For this reason the UN is 90% sure that at least half of emissions are cause by humans. And apart from anything else, just because we didn’t necessarily cause all of it, doesn’t mean we shouldn’t do our best to improve matters rather than make them worse.

The impact this has on the planet should not be underestimated. The decade between 2000 and 2009 is the hottest decade on record and this is 1 degrees Fahrenheit hotter than 1960-70. Meanwhile CO2 is at the highest for 650,000 years. Due to the melting of the ice caps meanwhile the sea level has also increased by 4-8 inches in the last century. In the next 100 years this could increase to as much as 2 feet which would have huge global consequences.

Think we’re a long way from danger? The World Health Organization suggests that 150,000 deaths per year are indirectly caused by global warming which increases the spread of malaria, creates drought and heat waves, damages food production and causes freak weather. Of course animals are in even more danger: 279 species of animal have migrated north to escape global warming while scientist’s predict that the coral reefs will be all but destroyed by 2050 – leaving millions of species of marine life with no home.

While finger pointing won’t help anyone, the US is responsible for one quarter of all CO2 emissions. This is the equivalent of 40,000ibs of carbon per US citizen each year. China isn’t far behind though, and its larger numbers means that a huge 40% more carbon dioxide is produced in China.

Of course though we’re all responsible and in 2011 a whopping 1,000 tons of CO2 a second was dumped into the air. As these statistics show we all need to act fast to see a change, but even if we stopped now, the repercussions of global warming would be felt for years – CO2 takes 100 years to disperse.