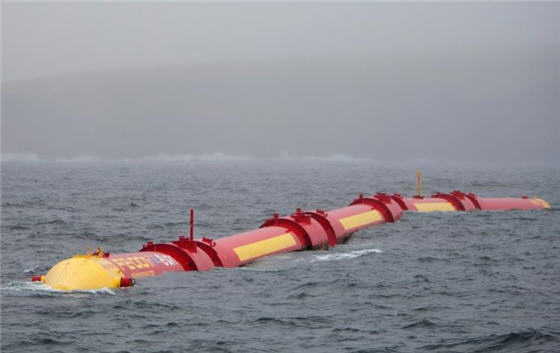 How do you prevent global warming? By convincing more people to ‘go green’ and generally live their lives in a more eco conscious manner right? Save energy by turning off lights when you’re not in a room, drive less when walking is an option, invest in double glazing… that sort of thing right?

Well yes that’s one method but it’s not all that terribly interesting. If you’re looking for something a bit more unique though, there are many other suggestions as to how we can save energy that are considerably more… bizarre… Global warming is an extreme problem and so scientists have proposed some pretty extreme science fiction solutions. Here we will look at some of the most unusual and interesting suggestions so far.

One solution suggested by scientists is that we launch millions of tiny ‘shields’ into space that will block sunlight and cast a shadow onto the planet. Apparently this could potentially block around 2% of sunlight from reaching the Earth, which in turn would make a huge difference to the speed at which our planet is heating up. Unfortunately though this is also a somewhat costly idea and one that would require huge international cooperation; in other words it probably won’t happen.

An official in Australia proposed an idea to slow down global warming that is radical in quite a different way – that being a mass ‘cull’ of the wild camel population in the country. There are over a million wild camels in Australia which not only produce a lot of methane but also damage a lot of the local agriculture. A cull could potentially be very beneficial for the planet then, but what about our consciences?

The wave snake might be one of the most brilliant solutions to the problem of renewable, clean energy, but it is also one of the weirdest looking. Essentially this is a giant slinky that will float in the sea and  harness the energy produced by the tide by swaying at hinges containing turbines. This solution wouldn’t have anywhere near the ecological cost of building dams or erecting huge wind turbines, but it sure would look pretty funny!

You’ve heard of mutating crops in order to produce greater yields and reduce the ecological cost of farming right? Sure. But how about mutating people to become more energy efficient? That’s right: according to some vocal ‘transhumanist’ groups, one potential solution to global warming could be to genetically modify people to the point where we wouldn’t need as much energy. For instance if we were to give ourselves the ability to see in the dark, then we wouldn’t need to use streetlamps or lights in our home, and if we were smaller then we wouldn’t have to eat so much meaning less land used for farming. It’s a rather extreme idea to say the least, but one that is popular in science fiction.

Another idea that has been proposed involving genetic alterations is that we could use algae that has been genetically modified to glow in our paint. This way you could paint the walls with a substance that would give off a faint luminescence at night and that in turn would mean you could illuminate a whole street without the need for any lightbulbs. The problem would surely be turning the lights off though…?

Sulphur is the material produced by volcanoes and is actually good for the environment as it can reflect light and heat back out into space. Fortunately, no one is suggesting setting off lots of volcanoes but a less extreme solution could be to add sulphur to Jet Fuel thereby meaning that the vapour trails included this substance. Could air travel, which has historically been so bad for the planet, actually help to save it someday in the future?

Another thing that can reflect heat and light back out into space is water vapour – AKA clouds. As such then it has been proposed as well that we could build a giant ‘generator’ in the middle of the ocean that would release vapour to form large clouds. More of the Earth’s surface would be white, and so more of it would reflect sunlight back into space.

Urban expansion is one of the biggest causes of deforestation, which in turn results in the loss of countless trees and big damage to our environment. The concept behind vertical farms is that we find more space to plant trees and plants in our cities – by building dedicated buildings with multiple floors for farming and growing plants and trees. Concept sketches look very futuristic and bizarre, but I can’t really see many reasons not to do this – especially as they’d likely make for great tourist attractions too.

Several different ideas have been proposed which surround about adding more iron or other nutrients (ocean fertilization) to the oceans in order to encourage the blooming of phytoplankton. This would then carry out photosynthesis en-masse and could undo some of the damage caused by the loss of our forests. But it would make the water look very green from space…

Here’s an idea which is unusual simply for being so simple. Perhaps the most straightforward solution to global warming I’ve heard proposed is that we paint all the roof tops white in order to reflect more light once again. Some kind of law to this effect would be simple to implement and it would surely be a relatively cheap and simple process to carry out as well… at least compared to space umbrellas…