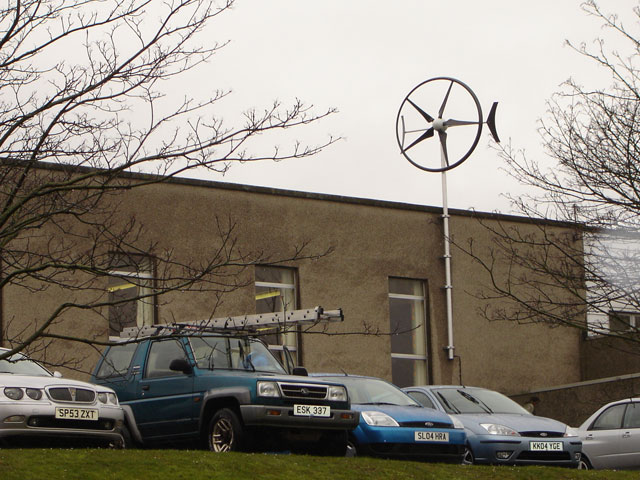 In countless science fiction films, aliens visit Earth only to warn us about all the damage we’re doing to the planet. From Transformers who arrive on Earth because it’s rich in energy, to Omega Man who comes to destroy humanity before humanity destroys the planet, science fiction writers would have us believe that any alien race would have a bone to pick regarding our callous disregard for the atmosphere.

But I think something else might happen. It’s my opinion that if aliens were to really arrive on Earth that they would just laugh at the fact we’re still reliant on fossil fuels – literally burning the dirt from the ground to power our machinery – it’s hardly very high tech.

And this low efficiency and archaic nature is reflected in many of the drawbacks of relying on these forms of power. It’s costly, it cuts out, and it means we’re completely at the mercy of big companies.

Rather than waiting for the energy industry to catch up with the 21st century then, why not consider using your own renewable energy and taking matter into your hands? And with wind power all around you, completely renewable and 100% free – what better place to start?

To harness wind energy you of course need to install a windmill in your garden. This works by harnessing the kinetic energy of the wind and then using that energy to turn a turbine that converts it into electricity via magnetic induction. This is a little bit of hassle and does mean getting planning permission in most areas, as well as paying for the cost of installation. The energy is of course stored once it’s generated, so you don’t lose power when the wind stops.

Is it worth it though? Well that really depends on the type of windmill you go for as well as your own definition of ‘worth it’…

An Introduction to Wind Turbines

There are two types of windmill that can be installed into your home – vertical and horizontal. Vertical windmills have their blades facing upwards, while horizontal ones have them facing outward. The most efficient type for use in the home? Vertical by a longshot (50% to be precise) because they are able to generate the same amount of energy regardless of the direction the wind is blowing. The size of the individual windmills also has a large bearing, but bigger ones will require more land – a 6kWh turbine will require 150 metres from any objects including fences, walls or sheds.

So what will your energy savings look like if you do decide to go with windmills? Well this varies dependent on many factors of course, but don’t expect to power your whole home from a windmill unless you live in a wind tunnel and have very modest expenses.

The amount of energy produced will depend greatly on things like the size of your turbine and the wind speed in the area, but with a small wind turbine of around 2kWh you might need an average wind speed of around 25mph to get the full 2kWh and this would need to be continuous.

That said though you should get a lot more energy from a wind turbine than from a solar panel, and with a 2kWh turbine in an averagely windy area you might expect to get around 250kWh a month, or 3000kWh a year – which would take care of a lot of your appliances. With larger ones you would get more, but they’re expensive to install and require a lot of space as we’ve seen.

Wind turbines are also cheaper to install than solar panels though they require more maintenance. While a solar panel system might make a good one off investment to save some money back from a few appliances, wind turbines are a more comprehensive solution for your home energy.

There are more benefits of wind turbines too. For one you have the option to sell excess power back to the power companies which means you can earn a bit more on the side, and in some areas you might get cash incentives or tax breaks from the government too. Turbines can also potentially increase the value of a property, and of course they provide a backup in case your main power goes down – meaning you’ll never have to stumble around in the dark.

There are downsides too. Apart from the fact that you will only be saving a small fraction of your energy costs directly (realistically) you need to consider the hassle and expense of installation and subsequent maintenance.

There are other issues too. One is the noise generated by the turbines which is often cited as being quite disruptive. Another is the risk it poses to birds and their general aesthetics, both for you and the neighbours (some people also complain about a ‘flickering shadow’). How serious these issues are for you will depend on your personal preferences and the general size and layout of your property.

But perhaps the most important point to consider is the impact that turning to green energy sources will have on the planet and your carbon footprint. As the most efficient way to generate clean energy in the home, wind turbines represent a great option for anyone wanting to live a greener lifestyle.