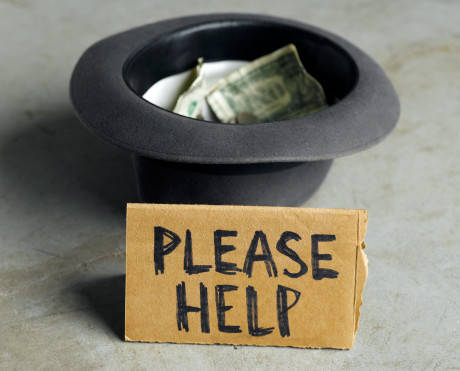 Supporting a charity is a great way to give something back to the world and to enjoy a sense of doing something worthwhile. When there are so many important issues out there, it can seem very wasteful to spend every cent of your salary on plasma screens and holidays. As you’re on this site it’s probably safe to say that you have at least a passing interest in ‘going green’ and you’re probably as passionate as we are about saving the planet. But is donating money to a charitable organization the best way to go about doing that? Could your money be put to better use elsewhere? And where will your money be going if you do decide to give? Read on and we’ll look at the idea in more detail.

First of all, it’s important of course to think about the type of green charity you want to support, and of course different organizations are going to operate very differently. First and foremost you should visit the website of the charity you’re thinking of sponsoring, as that way you’ll be able to see a full list of their goals and achievements. Some green charities might focus on planting trees for instance, others might focus on research and development, while others still might be more interested in protecting wildlife or nature reserves. In some cases of course a charity might do a mix of those things.

All of these are good causes, but which you want to support will probably reflect your own views and beliefs with regards to the environment. What are your priorities? And what do you think is the best way to tackle the problem? For some research might seem like the best option with the hope of developing new forms of renewable energy or genetically modified crops. For others though, the thought of spending lots of money on something which may never be developed might not make a lot of sense and GM crops might be seen as potentially more damaging to the environment rather than beneficial. Make sure that you research the charity fully and see where they stand on important issues, and make sure that you research the science surrounding global warming too (you can find a lot of that right here on this site). This way you will be in a better position to make an informed decision on which causes you want to support and how you can get the most bang for your buck.

Where Does Your Money Go?

The concern many people have when it comes to giving to charity is that a lot of their money isn’t going to go to the cause that they want it to. When the executives of big charities take home large salaries, or spends huge amounts on extensive marketing campaigns, you might wonder whether your money could potentially be put to better use.

Of course this concern isn’t unfounded, but again the subject is far from black and white. While it’s true that some charities will spend a lot of money, it’s generally intended as an investment. While charities don’t aim to make a profit, they are still businesses and they still need to invest wisely in order to do more good in the long run. For instance, those large salaries might sound lavish but if they attract better managers to the roles then it will mean a charity that runs more smoothly. Likewise a lot of money spent on marketing should have a big ROI (return on investment) thanks to the increased awareness. If you look at the company’s track record then you should be able to tell if they invest wisely or if they’re just taking their sponsors for a ride. Of course if a charity has mostly volunteer workers rather than salaried staff this might mean that a higher cut of your cash goes to the cause you’re supporting, but you need to consider whether the reach of that organization is relatively stunted as a compromise.

What’s more worrying is poor management and optimization which can lead to much more severe problems. Charities – and particularly green charities – should of course do everything they can to run their business at maximum efficiency and they shouldn’t be spending a cent more than necessary on things like packaging, electricity or transport. They should be committed to getting the most productivity out of their staff and on highly regulating every aspect of the business wherever possible.

If you are unsure which charity you want to support in light of this, then you should give them a call and ask for a breakdown of their expenses and their financial report. A good charity should operate transparently and they should be willing to share more information in order to entice more sponsorship.

What Else Can You Do?

If you aren’t confident to support a charity financially though then there are still other things that you can do. For one, you might want to consider helping a charity by volunteering or even by working for one. This is also a good way to learn more about the running of that company, and thus to decide if you want to support them financially or not.

Meanwhile you can also look at the charitable work done by other companies and support those philanthropic companies by purchasing their goods. Choosing sustainable coffee suppliers over unsustainable business models for instance will be good for the environment not only directly, but also in the way it might encourage other businesses to follow suit.

Still not convinced? Then you could always consider setting up your own organization…