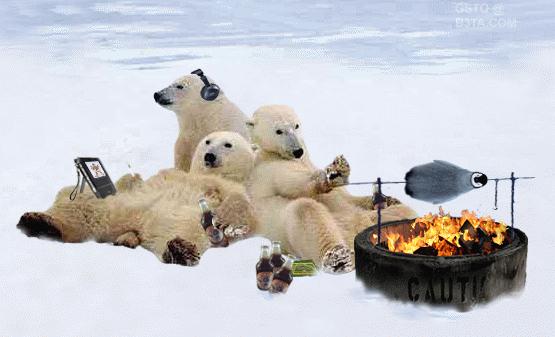 Global warming is a popular ‘buzz word’ at the moment and nowhere is this more true than in the world of politics. With so much hype around the environment this has become one of the ‘hottest’ issues for politicians (pun unintended) and so plays a role in nearly every speech, manifesto and rally. If you want to win voters, say the word ‘green’ enough and you’ll get some people behind you.

We’re not going to get deep into politics here and address whether or not most politicians come good on their eco-friendly intentions, but rather look at those politicians who buck the trend by speaking out against global warming, and at those politicians that have conveniently ‘changed their minds’ to start going green in time for their campaign trail.

What we’re looking at here is how politician’s views on climate change are formed and whether or not this has anything to do with, you know, their opinions on the subject…

While some politicians make their views on global warming clear and are happy to stick by these beliefs, others prefer to keep their options open or have done complete u-turns on the subject.

For instance how about former Russian President Dmitri Madvedev who once held famously sceptical views on global warming – and in fact claimed that global warming wouldn’t be ‘so bad’ because Russians could spend less on fur coats (I bet his PR crew were wincing at that one), but who quickly changed his mind after a serious fire near Moscow changed the public mood on the subject.  Quickly his description of global warming went from ‘tricky campaign’ to ‘proven fact’.

On the other side of the fence, or rather on the fence, sits Mitt Romney who at one point claimed he believed the world was getting hotter and that humans contributed to that and that it was important for us to reduce emissions, but then decided to go for a much more neutral position after some heavy questioning from Fox News. From that point on his stance was that he ‘didn’t know’ if the rising climate was mostly caused by humans. Way to show leadership Mr Romney! Ultimately he settled for the stance that global warming is a real threat, but that America has no obligation to reduce emissions – and that doing so would make environmentalists feel better but would not improve the environment. Of course as a right wing candidate it makes sense for him to avoid plans to reduce carbon emissions (it’s not exactly convenient for a lot of industry), but by failing to commit to either view point he just came off as wet.

Alaska – A State of Denial?

As you can see then, political pressure can very easily change the minds of politicians who clearly have no idea what they think about environmentalism. As such it can be refreshing, even if it is a little worrying, to see a politician clearly state that they don’t agree with global warming predictions. Sarah Palin is one such ‘global warming denialist’ and has been happy to make her views clear on the subject – despite being governor in one of the states most affected by Global warming – Alaska. Rubbishing clean-energy jobs and calling climate change a ‘snake oil’ science, she went to extremes when she blamed the BP oil spill on ‘radical environmentalists’ for locking up the ‘safer’ drilling areas.

So what’s the real story here? And what are the motivations behind politicians ever-changing and sometimes controversial views on the environment? Well of course with environmentalism being such a big issue and with so many people worried about the climate, coming out as a green politician is a great way to win votes on the left. At the same time though this can lose you votes in a number of key demographics whether that’s votes from large manufacturers and industrialists who might not want to reduce their emissions, or whether it’s votes from right wing car motor enthusiasts who don’t want to be told they can’t drive their favourite classic cars. If you’re a republican like Sarah Palin, then it may make sense to take the opposite view.

As such then making your case ether way can be politically dangerous which is why Mitt Romney and others opt instead to hedge their bets, while people like Dmitri Madvedevhave been forced to change their minds. Of course it’s also worth noting that the changes they make once they’re in office won’t always have to reflect the promises they made on campaign either.

And there is evidence on both sides that describes global warming as a real threat or over-hyped so this leaves politicians free to pick and choose the most convenient evidence and to take any side they like. While it’s undeniable that climate change is a real phenomenon, it’s not so clear the extent of mankind’ contribution or whether there’s much we can do to slow it down. Of course we’re clearly on the side of ‘trying anything’ to slow down global warming regardless of our contribution – and with more and more signs pointing toward global warming it’s worth noting that larger numbers of politicians are increasingly starting to agree.

What’s needed now is ‘political courage’ – we need politicians who are willing to do what they think is right for the environment without worrying about voters and polls or pleasing every possible demographic. Ex Californian governor Arnold Schwarzenegger perhaps was right when he called D.C. Politicians ‘wimps’ for failing to stand up to oil firms, and more politicians could learn from his decision – as a right wing republican – to take on these companies and introduce green policies that didn’t always make him popular.