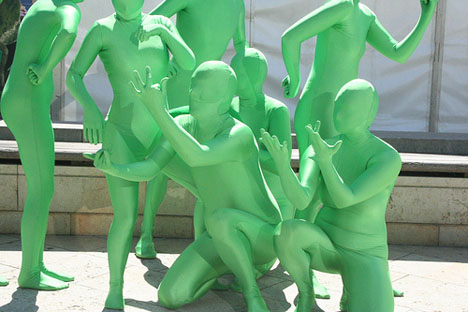 Going green is a very beneficial thing to do for the environment. It’s a great way to feel better about yourself and to know that you are living responsibility and diminishing the role you play in global warming. It’s also a great way to learn about the way the world works and about science, and to feel proud that you are working alongside the planet in order to achieve a more symbiotic existence. And then of course there are the financial benefits of being able to save energy and reduce waste – all of it is highly attractive.

But how far do you take it? Is it possible to go green to an unhealthy level? Can you be too green?

Of course if you truly wanted to go green and you wanted to reduce your carbon footprint to absolute zero you would have to go off of the grid and turn your back on many modern conveniences. Civilization would have to take a huge step backwards and we’d have to go back to living like cavemen – but eco conscious cavemen who didn’t start fires and who only hunted in already over-populated areas. That would be considered going green to an unhealthy degree by many people.

Fortunately not many people have taken it this far, but there are some other rather large sacrifices that can be made in the name of going green. Some individuals for instance will forgo washing their clothes with detergent and washing machines and that means that all their clothes are hand washed under the tap. This can end up as an example of being too green if it means that their clothes are hard and crispy and if it means that they end up smelling as a result – as this would be quite unpleasant for others and stymie their career progress and relationships.

Many people in an attempt to go green also end up avoiding doing things that they might otherwise enjoy. For instance they might not watch television (or even own one) to prevent power usage, or they may not make any long flights abroad for holidays. While the sentiment is very positive and to be commended, if it is standing in the way of your happiness then you have perhaps taken it to the point of martyrdom. The difference you’d make to the environment this way would be very small, but the difference to your life would be great. A more measured approach might be to get solar panels to power that television, to avoid using the standby button, and to carry less luggage onto the plane.

The more common mistake that people trying to go green make though is to become too evangelical and to try and enforce their views on everyone else. This can very quickly become frustrating for those having to listen, but worse it can also put people off of going green.

A government can be ‘too green’ as well in some ways. For instance policies in which the government enforce certain behaviors on the general public could be considered too green. Some governments use electronic chips in bins for instance that sense the contents – and this means that bins will only be emptied if they contain only the right rubbish (no recycling in the general bin and vice versa).

Of course what we consider as ‘too green’ will obviously vary from person to person, and if you want to forgo television and washing machines that’s up to you. What you think is too green or ‘over the top’ might be perfectly acceptable to someone else. It’s about finding a level that is acceptable to your way of live – but at the same time you need to remember the impact that it has on others around you – and you need to think about your own happiness as that’s pretty important too.