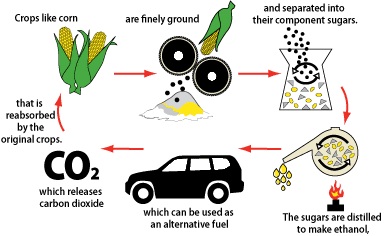 Biomass, which sometimes is called ‘biofuel’, is a term used to describe any biological material that can be used to produce useable energy. This is true of biological matter that is part of the ‘carbon cycle’ – which stores energy from the sun to use itself either directly (by photosynthesis) or by consuming other creatures. Biomass has been shown to be a highly useful source of energy for going green that is sustainable and has minimal by-products, here we will look at it in a bit more detail.

Biomass is a goods source of energy for going green because it is combustible. This means it can be burned which produces heat. That heat then can be used directly to heat installations and properties, or it can be converted into electrical energy and this way used to power household appliances.

Most of us will have used biomass at some point in our lives – even if we weren’t aware of it at the time (and particularly if you’re interested in going green). If you’ve ever thrown logs onto a fire for instance, or gathered twigs and heather for a campfire – then that is an example of burning biomass for energy.

Of course burning wood has been happening for a long time and while a fire indoors is a good way of going green it’s not going to save us from global warming (in fact burning lots of wood would likely be bad for the environment as it would damage a lot of trees). That’s where other agricultural byproducts come in that provide a more efficient biomass for going green.

These include things like saw dust and even manure from animals. Though these have other uses too. In Brazil however one very effective form of biomass is commonly used – sugarcane bagasse (bagasse being the juice produced when you squeeze sugarcane stalks and which is even more potent when converted to gas). The sugarcane here is gathered specifically for this purpose and is powerful enough to produce more energy than many a power plant when burned en-mass. The bargasse can be regrown faster than it’s needed too meaning it’s renewable, and it’s also highly efficient with only a 2.5% ash content compared to around 40% created by coal.

There are some concerns regarding bagasse – for instance the amount of land required to grow the bagasse is concerning and it is costly end time consuming to maintain it. At the same time there is concern about the damage it can do to the soil and the local ecosystems. However despite these minor setbacks it definitely demonstrates a step in the right direction and another avenue for going green.