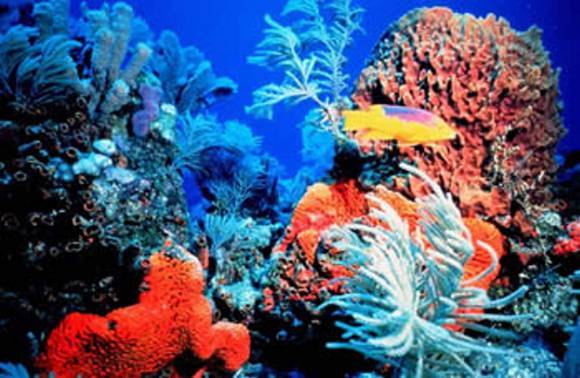 Global warming has many devastating effects on our planet and these extend to the eco system and wildlife as well as to the climate. One problem though that everyone might not be aware of is the damage it has done to the coral reefs – and the threat it still poses for them. In fact many studies have demonstrated that should the damage to the coral reefs continue, it could eventually result in their complete destruction. These studies have shown how the coral reefs are being destroyed, and how if we do not go green soon, there will soon be nothing left of them.

For many people, the loss of the coral reefs might not seem like a terrible thing – not in the face of all the other more catastrophic damages to the planet and eco systems that we are facing such as the loss of some species of animals, or the melting of the ice caps. However this is a short sighted view and fails to recognise the significant of these structures.

There is only one living thing that can be viewed from space – guess what that is? Of course, it’s the coral reefs. These are the world’s largest living structures, indicating what a significant event it would be should they be lost. Moreover, these constructs are not only living things in their own right, but also provide habitats for literally millions of creatures – the coral reefs are self contained eco systems, and without them these species could not survive. Again this is clearly a tragic occurrence, but it also would have further repercussions on the remaining marine life as the prey of many predators became extinct, or as predators became extinct resulting in multiplying populations of other creatures without the coral reefs – the Earth’s most biodiverse eco systems – the highly delicate balance of life in the sea would be disrupted.

At the same time, without these coral reef eco systems, the 100 million people living on the coasts of many tropical countries would be endangered as they became vulnerable to floods and erosion and as there became far fewer fish to eat. It would even hurt the economy as many coral reefs are seen as tourist attractions – both for their beauty and for their ability to create surf.

So how does this all work? Well as well know, the increase in carbon emissions is resulting in the rising temperature of the planet as the heat from the sun is unable to escape. In turn this results in the temperatures of the sea heating up, and as they do this increases their acidity. This then makes it a less suitable habitat for the coral reefs and it is triggering coral diseases and stifling their ability to create calcareous skeletons.

The only thing we can do to prevent this catastrophe is to promote going green and to slow global warming by going green and encouraging others to go green. Another potential solution is to create artificial coral reefs, though this is of course a poor substitute for real coral reefs and will not undo all of the damage that their loss would mean for our eco systems.