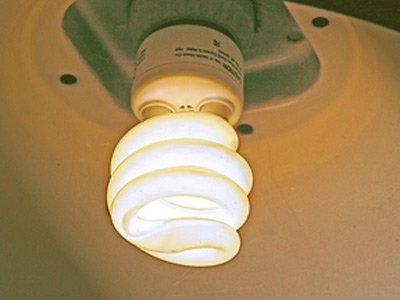 We already know that going green is good for your financial health. When you go green you cut your reliance on power companies and thereby you go from having to pay for your electricity to being able to get it for free. While few people can completely switch to green energy sources, the fact that you are offloading some of that power will of course bring down your monthly bills. Then at the same time there’s the fact that green technology is by nature normally highly efficient. Whether buying batteries or light bulbs, these will be the ones that use less power and that don’t need replacing as rapidly.

But that’s only one way in which you save money by going green. At the same time, the very fact that you are going green will save you money in taxes and get you green rebates. For instance if you should decide to invest in an electric car instead of an old fashioned petrol or diesel engine, or if you go half way and get a hybrid, then you will not only save money on fuel, but also on road tax. This is then in place in order to act as an incentive to convince people to switch to those vehicles. The government wants people to switch to electric engines because it will prevent damage to the environment thereby saving them money – in that sense the incentives are an investment. At the same time though, by offering rebates for green energy it is possible to help America save money on expensive  imported oil thus keeping more money within America.

There is more though as well and it’s not just transport that benefits from incentives. At the installation of solar energy panels or other systems in your home or business will also get you rebates in which you can actually get a small weekly salary from the state as a reward for going green. This varies from state to state, but more states are likely to adopt this strategy that is also popular in Europe, Australia and recently the UK. To find out whether your state offers incentives, visit the Database of State Incentives for Renewable Energy (DSIRE). Often these ‘feed-in tarriffs’ or ‘renewable energy payments’ will also ratchet down over time so that their value decreases. This is intended to further stimulate the adoption of green energy – this time by encouraging the development of cheaper technologies over time.

This is yet one more reason to go green in addition to the countless other arguments for green energy. However the idea of giving away taxes to those fortunate enough to have solar panels of course faces some opposition and some believe that this is not the best way to encourage the use of green energy – particularly as those who are wealthy enough to afford the installation costs of solar panels are unlikely to need the cash incentive, and as they will save money by going green anyway. Other ways this state money could be spent to encourage green energy could be to better inform the public about their options and to help with initial installation costs.

Of course this is a debate that won’t be answered any time soon and there’s no clear-cut answer. Suffice to say that for now cash incentives are a reality and this means we have just one more reason for going green.