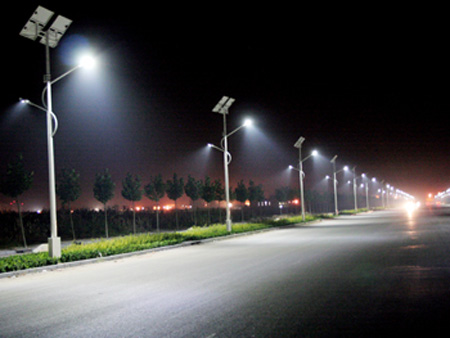 Let’s open this up with a fact that can demonstrate just how important it is to consider the use of LED technology where possible and how this can help you to go green: if every household across the US were to replace just two of their current incandescent lightbulbs with LED technology, more power would be saved than the output of the largest nuclear power plant every day. That’s an incredible amount of energy and it shows you just how easy it is to use this method to go green. Here’s another one: LED bulbs can last for 30,000 hours – that’s around10 times as long as a regular lightbulbs. So in other words LED technology isn’t just crucial if you want to go green – it’s also a very smart investment and can save you money.

Most importantly though governments are starting to step up and take notice of these statistics. If you don’t stop using incandescent bulbs by choice, soon you won’t have to option – as of 2012 US residents won’t even be able to buy them meaning they’ll have to choose between LED and CFL.

What is LED Technology?

LED stands for ‘Light Emitting Diode’ and you may remember these from your technology classes in school. Whenever you made a circuit board or a crude circuit using alligator clips, you will likely have included these tiny bulbs in order to demonstrate that your circuit was on if nothing else – and they have been used for a similar purpose in a range of commercial products as a power indicator. They work simply by heating up a semi conductor to the point where it generates light – unlike an incandescent bulb that uses a vacuum also to create light.

They have been used this way for years and virtually never wore out. However they were nevertheless limited by how bright they could become which was inferior to the brightness of other bulbs. However advances in LED technology have put an end to this, and today the bulbs last just as long but with all of the brightness of regular lightbulbs. LED bulbs are even more energy efficient that the compact fluorescent bulbs that are also considered energy efficient.

There are though some drawbacks when it comes to LED bulbs though. They are more expensive for instance than CFL bulbs, and will only go as high as sixty watts – still slightly dimmer. At the same time though they are also longer lasting and even more energy efficient than CFL which means they’re better for going green and better for saving your wallet.

As each have their strengths and weaknesses, the best way to use CFL and LED is by combining the two for different kinds of lighting around the home. Doing so will save you a lot of energy and will drastically reduce your carbon footprint… and soon you won’t have a choice anyway.