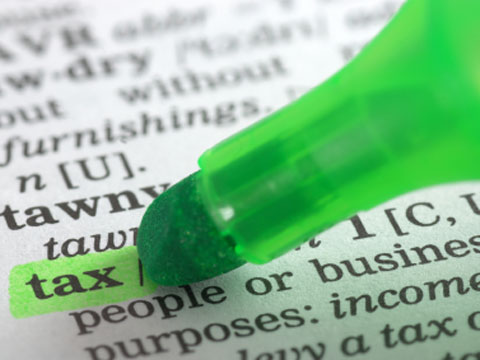 The idea of taxes is of course largely to help funnel money back into the council and the state. This is the aspect most of us are familiar with, however what tax also does that many of us aren’t so aware of is to help direct behavior by creating financial incentives and deterrents surrounding certain choices. Such is the case with ‘green tax’, also known as ‘eco tax’ which refers to tax that’s used to try and encourage the general public to go green. Here we will look at some examples of eco tax, and whether or not they’re a good thing for the planet.

One examples of green tax is on petrol. Here the tax is increased on petrol in many countries with one of the reasons given being that it will of course lead to people being more efficient with their fuel. Likewise other eco taxes might include taxes on certain electronic equipment, taxes on hazardous waste and taxes on imported goods. Travel in general could also be taxed in order to discourage unnecessary fuel consumption. In Germany eco tax has been used to tax electricity and petroleum, but in 2002 an increase in petroleum tax saw general income tax reduced proportionately to keep the tax burden consistent.

Is Green Tax a Good Thing?

Of course on the one hand this is something that many people would reject initially – and the concept of spending more on your fuel might not sound like a positive one. In the US tax on fuel is low and this allows for a lifestyle involving road trips and long journeys unlike much of Europe. However at the same time if this results in a reduction of the carbon footprint for an entire country, then surely that would be worth the risk?

One of the criticisms however is that green tax is ‘regressive’ meaning that it will decrease as the taxpayer’s income decreases. In other words those who spend more on fuel and on electronic goods will likely be financially worse off, which means that the taxes will largely target those who are already feeling a lot of strain.

The idea of using eco tax as a way to reduce taxes in many other areas of life (as proposed by many green political parties and as seen in Germany) is of course a pleasant one but would shift the general tax ‘distribution’ still and affect lifestyle. Some might argue that some of this saved money could be better spent by investing in the future of green technologies and helping to provide more ways for people who are struggling to go green and thus save themselves more money. In this scenario a green tax could eventually ‘cancel itself out’.

Obviously in an ideal situation these taxes would encourage a move towards greener and cleaner energy – such as electric cars. But it is much more fitting to describe this green tax as a deterrent than an incentive. Schemes that introduce tax breaks here for those who install solar panels for instance, or for those who use less energy could much more easily be described as progressive and would like to be far better received by the general public.